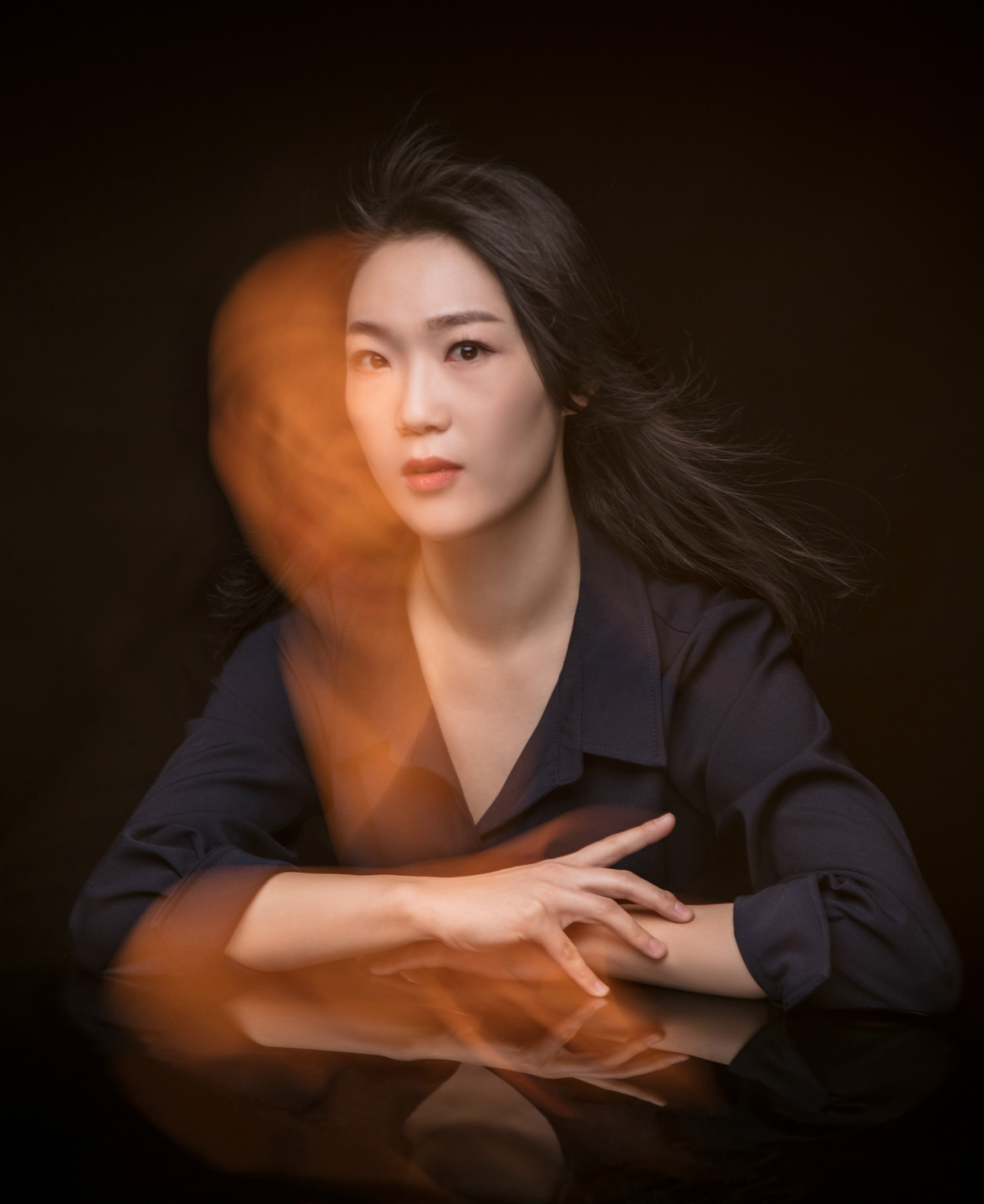 Jiyoun Chung’s music is inspired by everything she encounters in her daily life. It could be music, books, paintings, movies, trips, talks with other creative people, interesting thoughts, and videos randomly played on Youtube, etc. Anything can inspire her composition, but certainly, what stimulates her musical appetite the most is a great performance by fine musicians. Sitting in the audience in a great concert, she always has an itch to compose.

Jiyoun Chung writes for a wide range of instrumentations in various musical styles using diverse musical languages. Behind the scenes, her musical background is rather extensive. She was born in Seoul, South Korea. There she absorbed Korean traditional music as a native. At the same time, she got educated in, so called, Western music canon as a solo pianist. Working as a church musician from a very young age, she was able to adopt Western church choir music. Reaching her teenage years, she was fascinated by rock music for a while and then moved on to jazz. As soon as she entered college in Seoul, she was exposed to the world of contemporary music. She enjoyed studying and listening to music by Claude Debussy, Igor Stravinsky, Ruth Crawford Seeger, George Crumb, Helmut Lachenmann, Brian Ferneyhough, Gyorgy Ligeti, Pierre Boulez, Kaija Saariaho, Chen Yi, Isang Yun, Unsuk Chin and many others.
In her spare time, she also loves to listen to Jazz and K-pop.

Jiyoun actively performs as a pianist.
She started to learn piano at the age of four and studied Western classical solo piano music canon. After she decided to become a composer, her repertoire expanded to 20th and 21st century piano music.
For further study in contemporary piano music, she studied with Tuyen Tonnu and received her master’s degree in piano performance in the US. Since then, she has had many opportunities to perform with John Koch, Zach Shemon, Eunkyung Son, Andrew Francois and others. She also appeared on the ISU orchestra, ISU Jazz Ensemble, and Ensemble Musica Nova.
As she prefers to play with her fellow musicians, her piano performances are now mainly focused on performing and premiering contemporary music in ensemble setting.